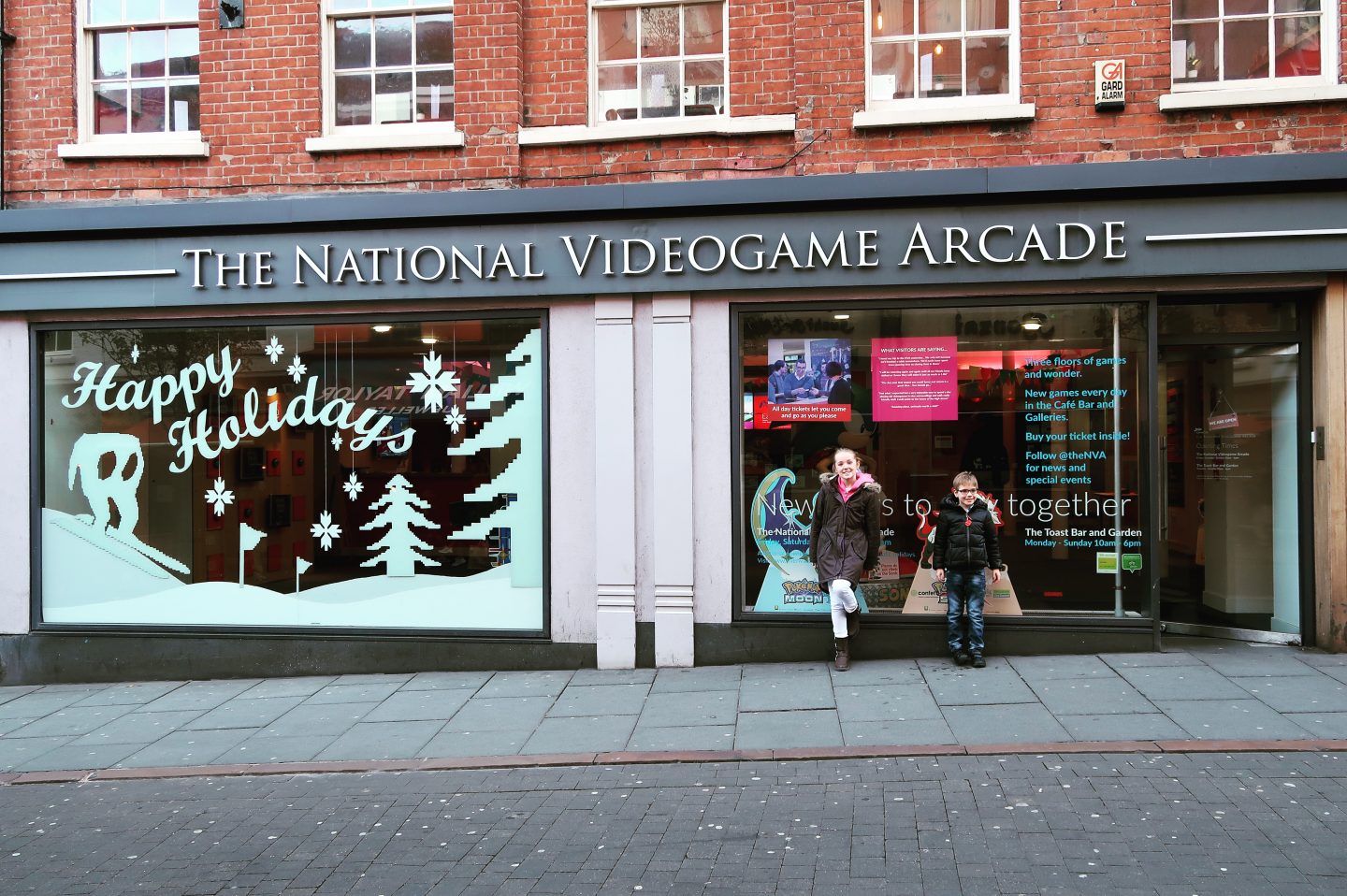 This Sunday we had had enough of staying in: so guess what?….we went out!…and then we went in again. The Places We Will Go took us to a museum in Nottingham. Nottingham of course is not particularly known for museums, more for Robin Hood and perhaps it’s history in lace production. For those not in the know it is also famous for Boots the much beloved pharmacy and department store. However, we did not visit anywhere celebrating Nottingham’s history or heritage. Today, we went to the relatively newly opened (2015) museum the National Video Game Arcade.

If is fantastic! Cost effective fun over 3 floors…and if like me you are an old time gamer who has grown up in the digital era you will just love it. Oh yes….of course your kids will love it too, as most of the exhibits can be played with, and at no extra cost. 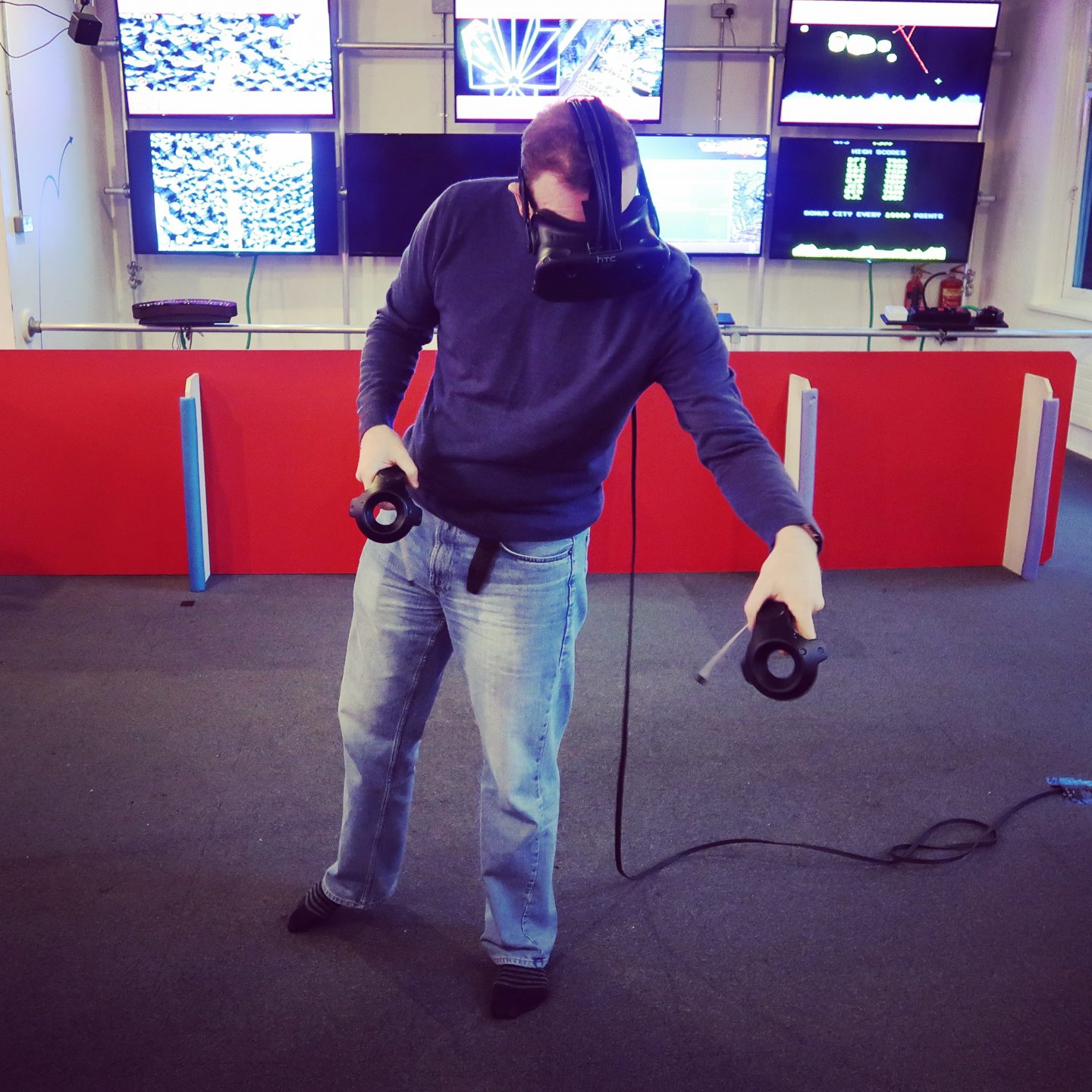 Getting lost in VR 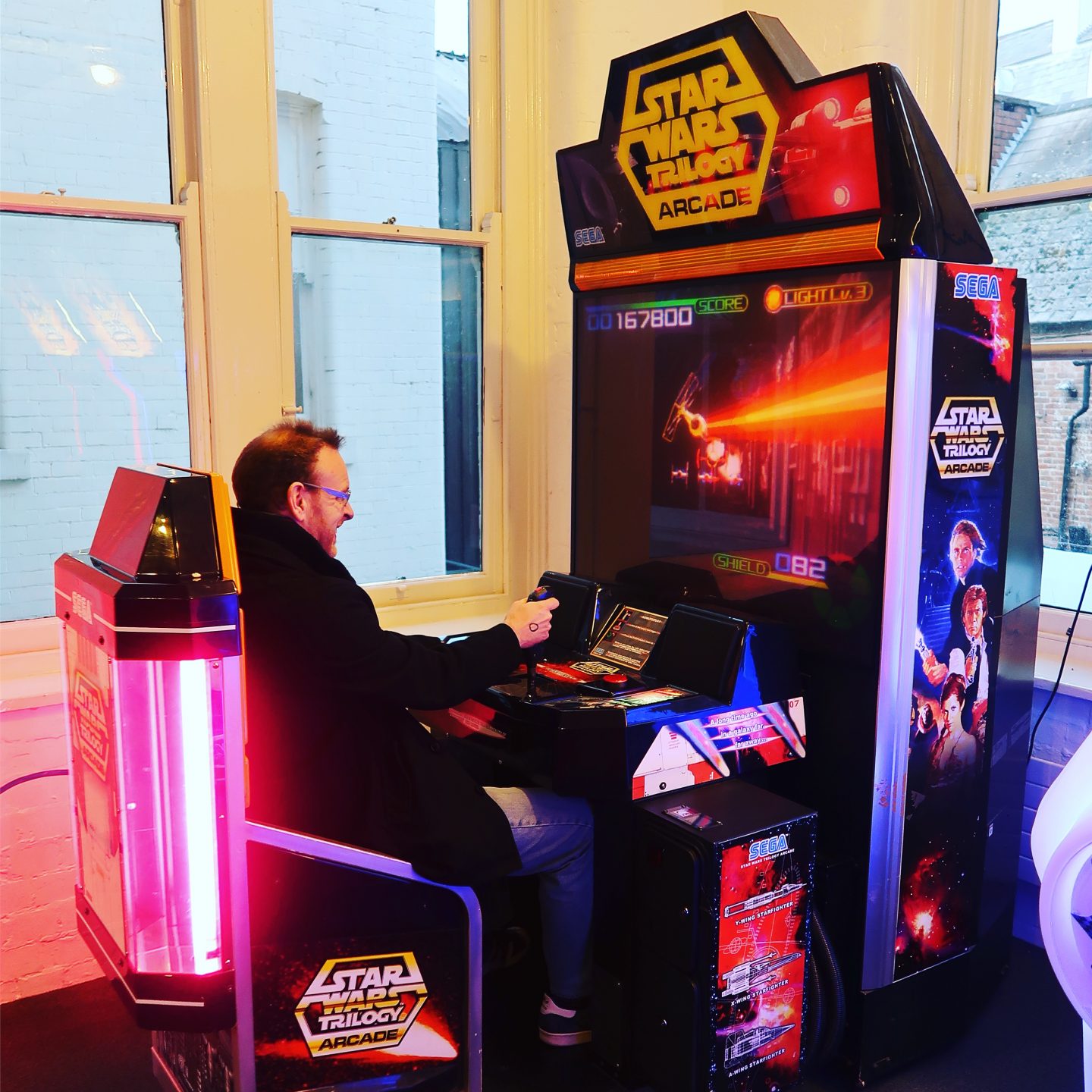 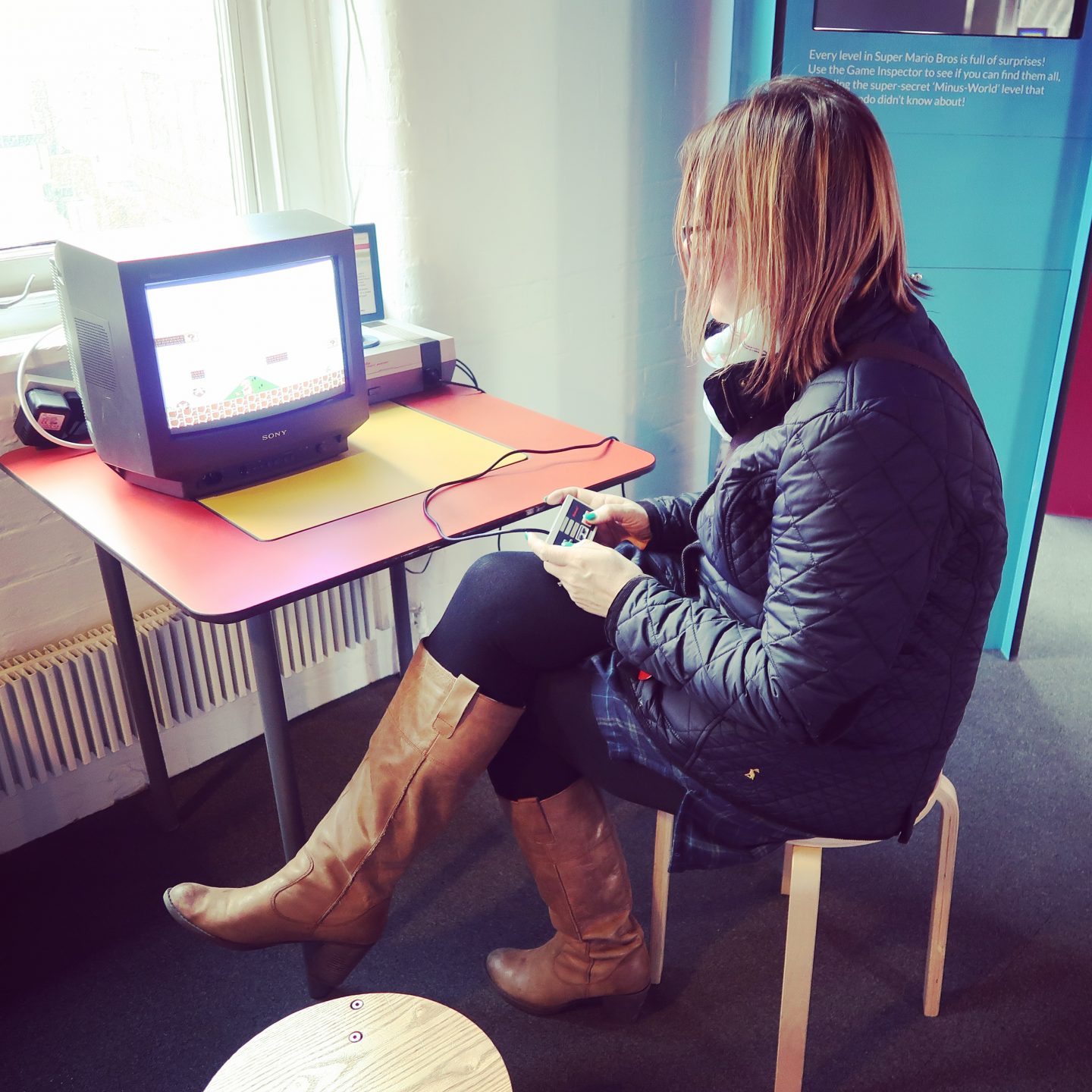 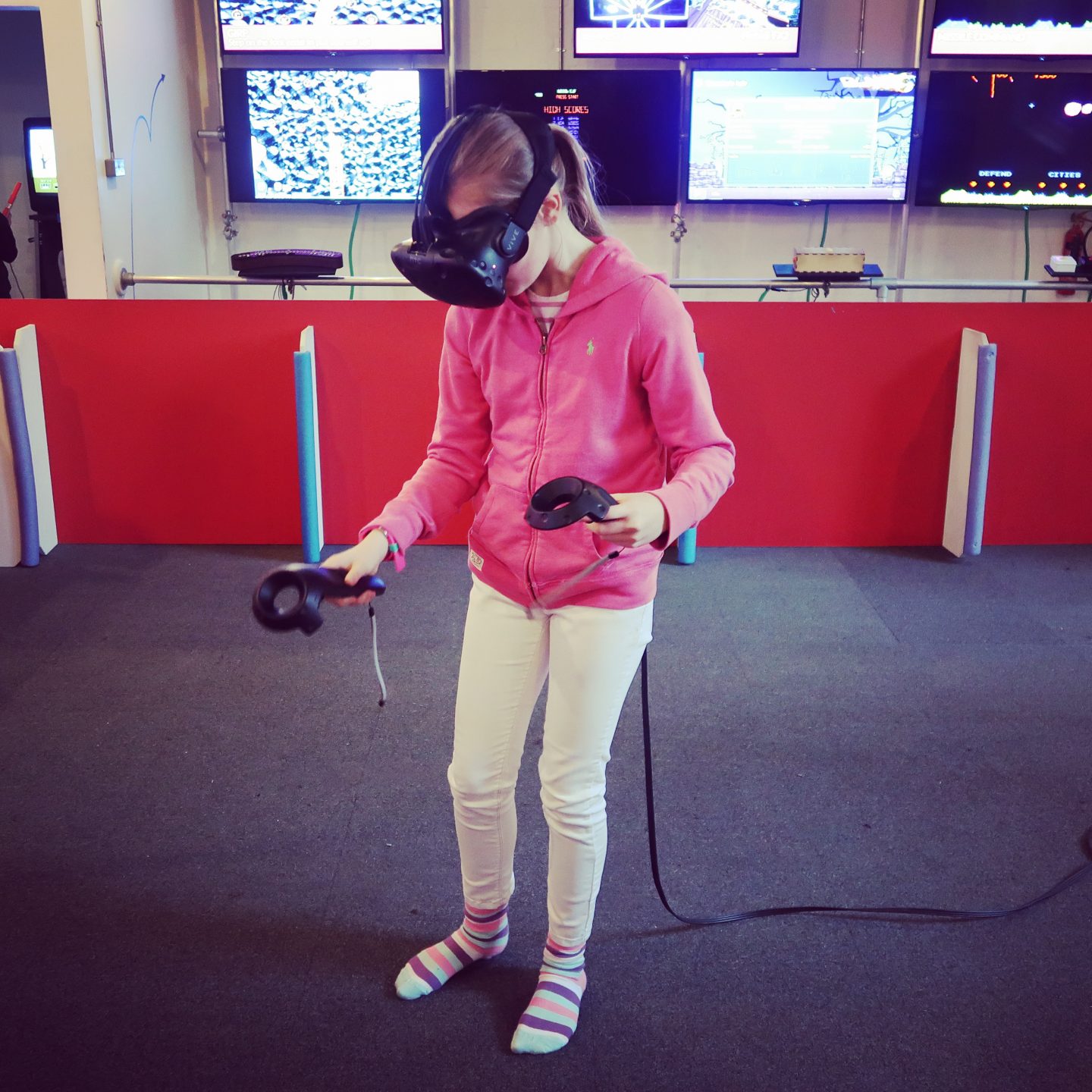 Boo in a VR world

Now as I said I have a long history in gaming, starting right back at the early consoles…my history is as follows: Pong (Bat & Ball), Atari 2600, Game & Watch split screens, Electron 32k ( cheap BBC micro) Spectrum 128k+2, Commodore 64, Amiga 500, Various PCs 486, Pentium, SNES, Wii, PSP, PS1, PS2, PS3, PS4 and just recently PS4 Pro. To my delight most of them were there and playable as well as host of consoles and games I wasn’t lucky enough to own.

They also had some arcade classics like Tempest, Donkey Kong, Space Invaders unfortunately they didn’t have Defender (sniff sniff) a very old, fast paced, side scrolling shooter game from the 80’s. They also had some really old handhelds and table top games, like Astro Wars.

The other thing they had was the HTC Vive VR headset, which you could book to have a go on for about 7 minutes. This is a high end PC with a headset which allows you to enter a virtual reality. In this world you became a wizard with spells it was really good, totally immersive and worth the entry fee alone. 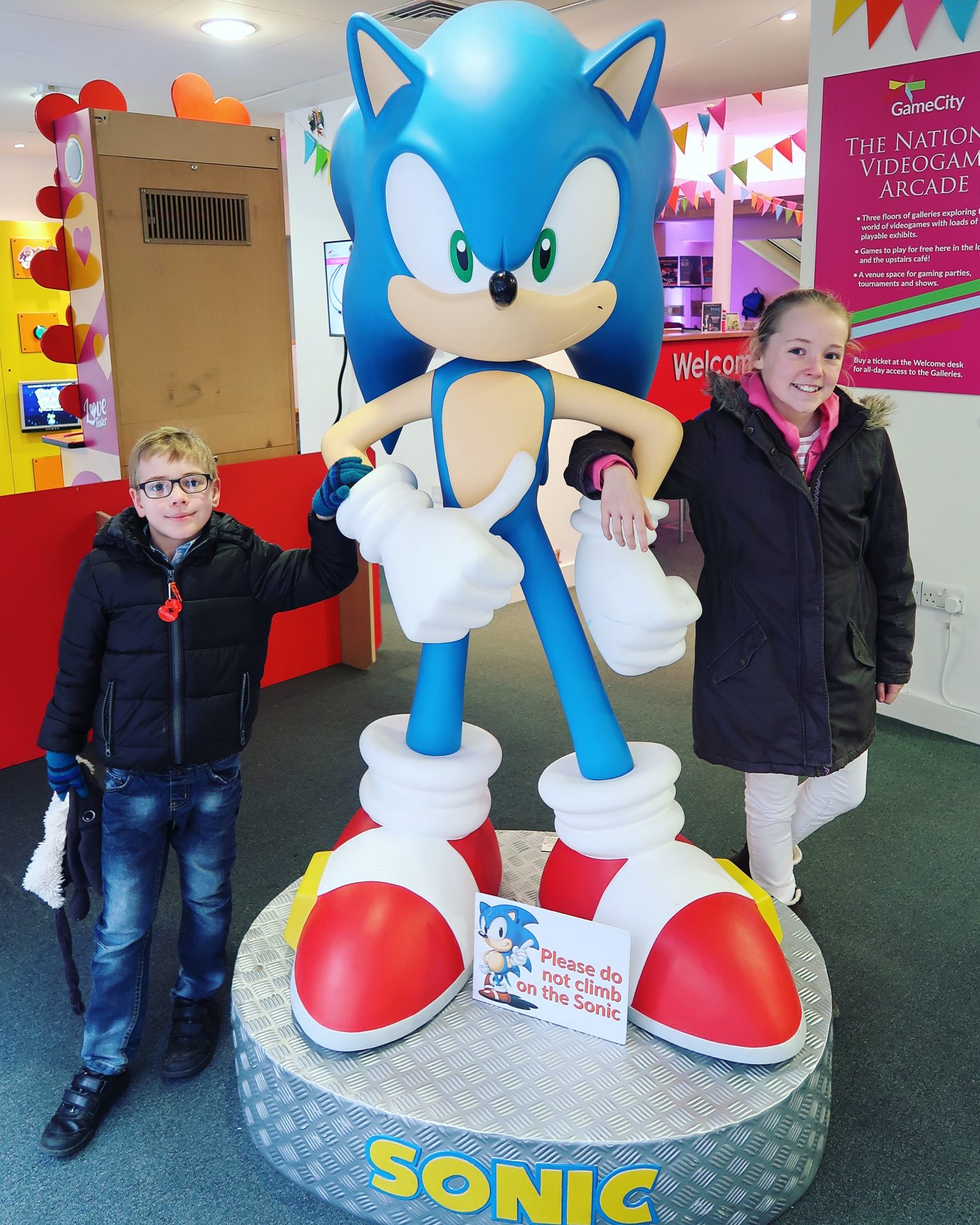 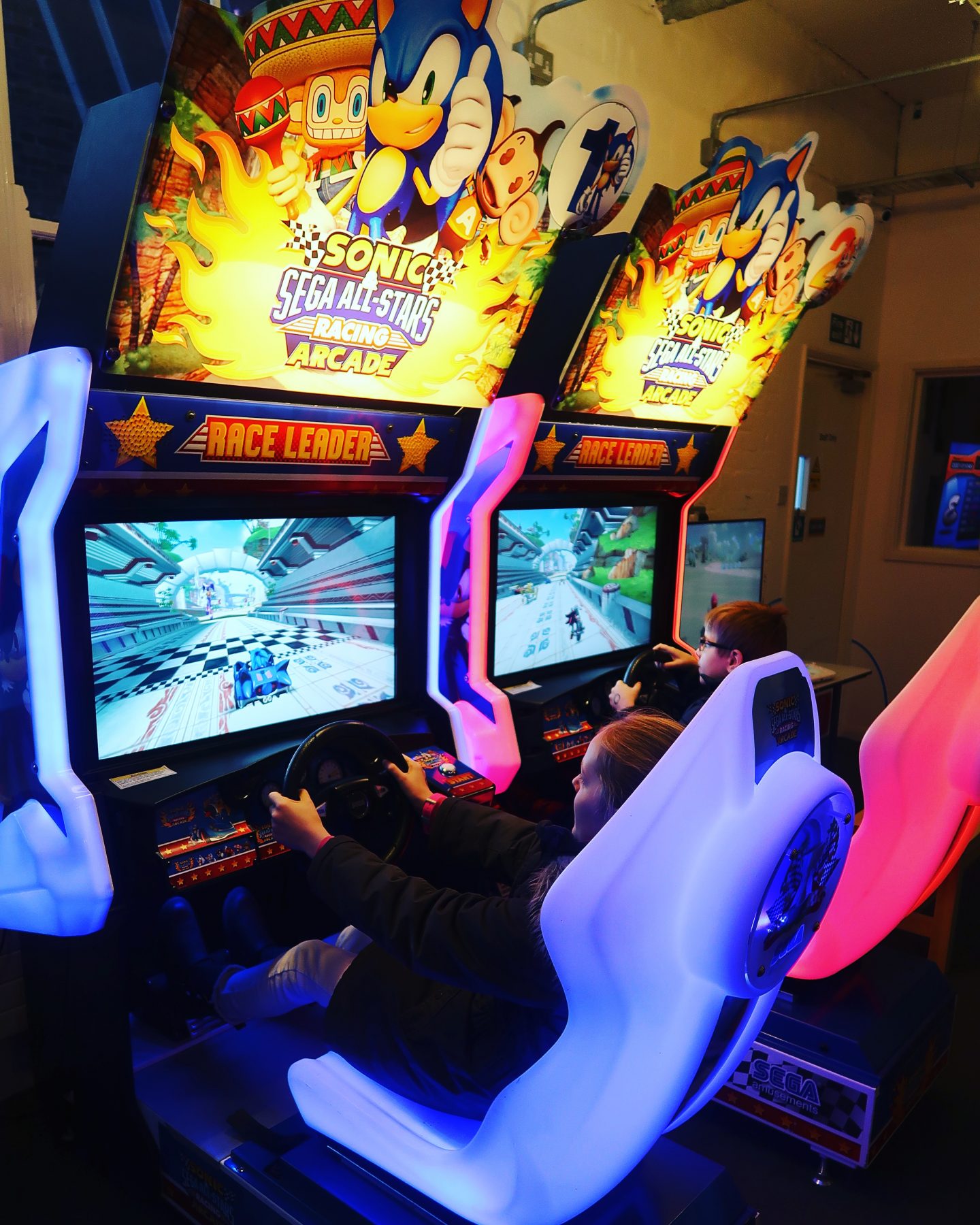 Both the kids loved Sonic racing 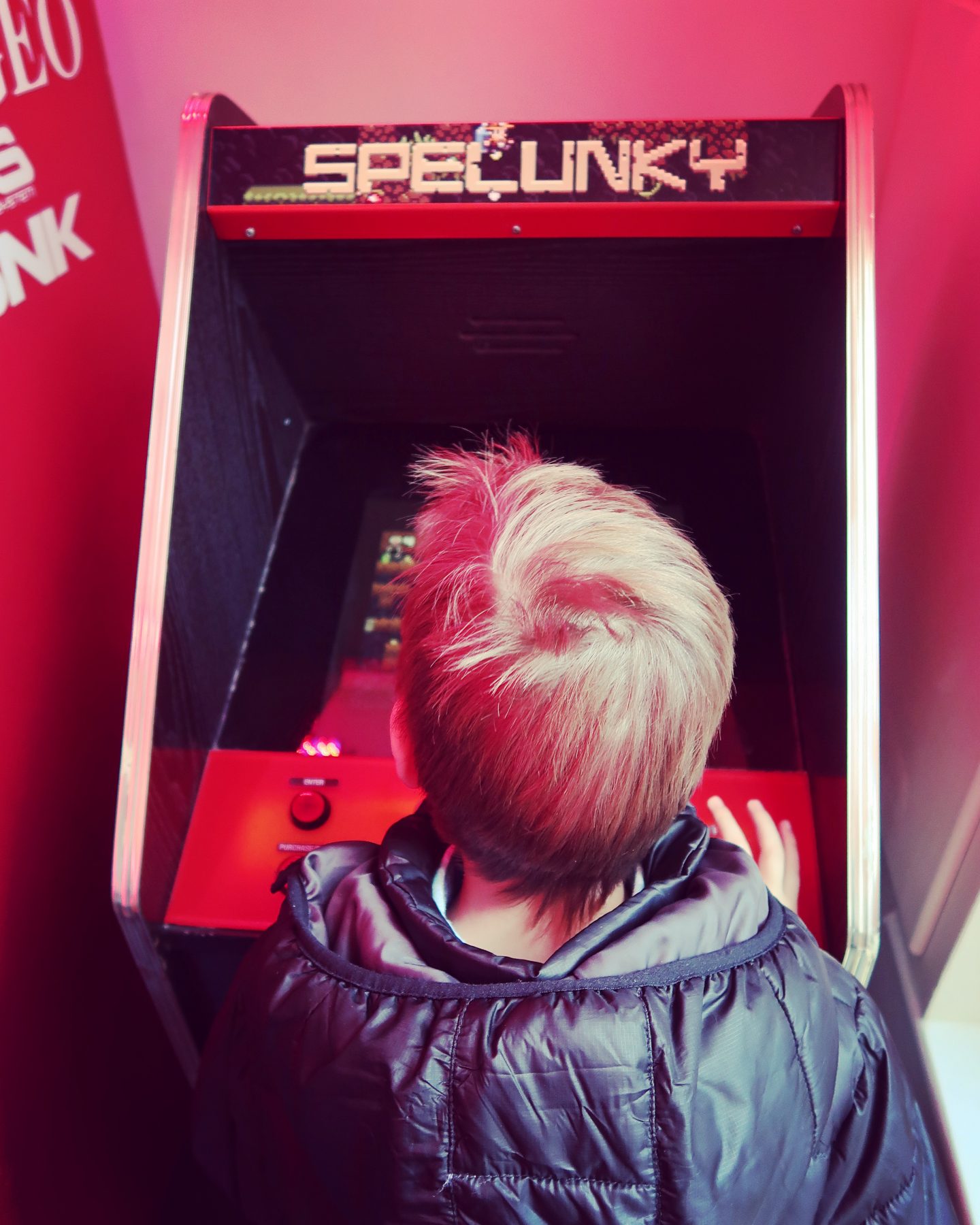 Spelunky is a family favourite 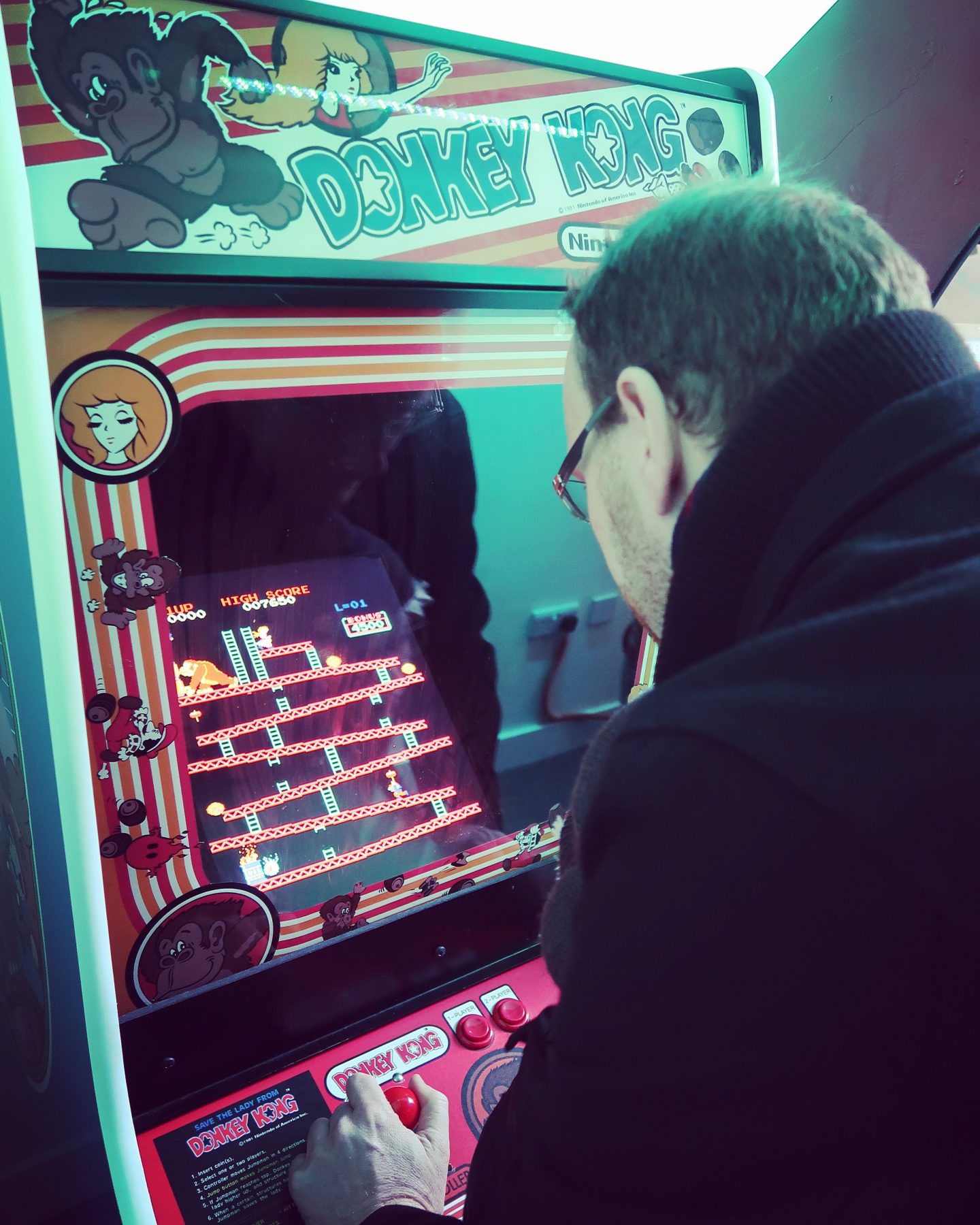 It was £25 to get in for a family of 4 and you play on everything as many times as you like. You could also leave and return later in the day as much as you want. We went early on a Sunday – it was perfect – very quiet very unhurried and it meant the kids could just play. If you or your kids have faintest experience with electronic games you will love this.